Although banks are open weekdays, Monday through Friday, they are sometimes closed for certain holidays, such as Christmas, Thanksgiving, or Labor Day. Banks are also open on Saturdays for limited hours, and are normally closed on Sundays. Below we expand the analysis of the customer service hours of banks in the United States.

Credit unions, which are basically member-owned banks, tend to keep the same hours: Open weekdays and Saturdays, but generally closed on Sundays. Most credit unions are also closed on the same holidays as banks.

What are the bank hours in the United States?

As we mentioned at the beginning, banks and credit unions are usually open on Saturdays. However, they may open later and close earlier than on weekdays. In fact, typical banking hours in the United States on Saturdays are from 9:00 a.m. to 2:00 p.m. 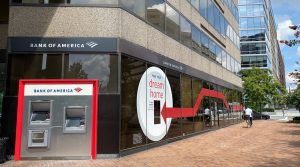 For you to see, these hours are examples and there are thousands of banks, credit unions and branches throughout the country, so it is not surprising that many have different hours even when they belong to the same bank.

To make sure your bank or Credit cooperative is open, go to their website. You should find a link called “Locations” or “Branch”, which will allow you to locate any of their offices and check their hours.

Bank hours in the United States on holidays

During holidays, which may also be called a federal holiday or holiday, bank branches are closed. While some bank holidays are based on well-known holidays like New Year’s and Christmas, others are established by federal law.

Now, on non-federal holidays, like Good Friday, most banks are open. But some US states set their own holidays, and banks and credit unions in those states can choose to change their hours or close on those days.. For example, depending on the state you live in, the day after Thanksgiving or Christmas may also be a holiday.

Calendar of opening and closing days of banks

The nation’s banks follow the federal holiday calendar because they rely on the United States Federal Reserve for their transactions, including wire transfers and Automated Clearing House (ACH) transactions. Therefore, with the Federal Reserve closed during those days, banks cannot complete those types of transactions.

What can I do if I need to make a bank transaction but my bank is not open?

Luckily, today we have the Internet at our fingertips. So instead of driving to the bank to make your transaction, you can walk into your Bank account with your online access information. Once there, you can move money between accounts, make transfers, check your balances and more.

Your banking skills extend a bit further, too, if you have your bank’s mobile app. This adds the ability to deposit checks directly from your smartphone.

In this sense, thanks to online banking and mobile applications, it is possible to carry out most banking transactions immediately and from the comfort of your home. However, since the US Federal Reserve and your bank are still closed, most transactions will be processed the next business day. So even though you can do your part of the transaction (say, an ACH transfer), the money won’t be moved instantly.

But if you really need to make a cash deposit or withdrawal, your bank’s ATMs should still be working regardless of whether it’s a holiday or not; after all, the holidays just mean you won’t be able to walk into a branch and talk to a teller. You can also go to any ATM, either inside or outside your bank’s network. Just be careful with the rates, which can be not so convenient in some cases.

Take into account the current situation caused by the coronavirus

Due to the coronavirus pandemic, many banks are closed or have limited branch operations to self-service options.

In this sense, the Centers for Disease Control and Prevention (CDC) recommend canceling gatherings of more than 50 people and practicing social distancing to limit physical contact. For that reason, try to do your banking online rather than in person.

Holidays, which are the same as federal holidays, are not always the same days that people have off work. This is probably why many of us think banks are closed when they are actually open and vice versa. Banks generally stay open on the eve of major holidays, such as Christmas and New Year’s. But whether your bank is open or closed, you’ll likely be able to use its ATMs, online banking platform, and mobile app. However, if you need the help of a teller, be sure to check the bank’s hours before starting the car and heading to the nearest branch.