Anyone who has a bank account has seen – at least once in their life – their balance in the negative. Why does this happen? Well, mainly because sometimes we don’t keep a mental record of all the payments made and we spend a little more than the account. In this case, the bank approves the purchases, but not before making a bank overdraft. But, what is bank overdraft? Is it really convenient for you to overdraw your accounts? You will find the answers to all these questions in this guide. 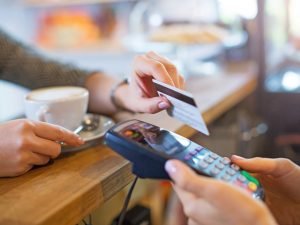 What is a bank overdraft?

A bank overdraft is nothing more than a financial operation used by banks and credit unions. The overdraft occurs at a specific time, which is when the account balance drops to zero. As the account holder does not have money available to cover the purchase – translation, there are no funds – that pending transaction is processed in the system, which causes a debt to be generated with the financial institution.

But why does the bank create a debt on your account? Because in the overdraft it is the bank that puts the money so that the transaction is completed. Of course, financial institutions do not do this for free: the money corresponding to the debt must be repaid as soon as possible, possibly accompanied by the payment of a special fee and added interest.

While bank overdrafts could be useful depending on the occasion, the costs associated with them could send your finances spiraling out of control.

Tip: The costs of bank overdrafts are not usually the cheapest in the market. We recommend keeping your accounts clear to avoid falling into an overdraft or, if you cannot avoid it, at least you can control the amount of the debt and the application of the related fees.

How does a bank overdraft work?

To understand how a bank overdraft works, let’s look at an example. Let’s say you go to a Walmart retail store to make a $2,000 purchase. To pay it, you write a check from your Bank of America checking account because, according to your calculations, you have an available balance in this account.

However, that same day you make other purchases at Target using your debit card, which means that transaction will be charged instantly. When Walmart deposits the check into your account, your checking account only has a balance of $1,500. Conclusion? You lack $500 to cover the purchase. In this scenario, two things can happen:

In the authorized bank overdraft, the bank and the account holder agree in advance on everything related to overdrafts and also the associated fees. This is usually done at contract signing and is available for certain bank accounts. The rate to be charged for the overdraft will depend from one bank to another and is usually also accompanied by the payment of interest.

Now, let’s talk about the fee. Bank overdraft fees may be charged daily, weekly or monthly. As for the interests of the overdrafts (overdrafts in English), they are usually as high as the APR of a credit card. In fact, they vary between 15% and 20%.

As you see, the sum of fees and interest make the bank overdraft a very expensive operation, regardless of the amount of debt. That is why we advise you to review your movements and your bank balance frequently to stay away from them.

Unlike the first in this case there is no prior agreement with the bank. Unauthorized bank overdrafts are typically subject to a much higher APR and associated fees than the scenario above. In short, it is a more expensive option.

Important note: Unauthorized bank overdrafts can also occur when the bank and the account holder have agreed on everything related to the overdraft in advance, including a maximum amount. If the holder exceeds that limit, then the bank could decide to apply an interest rate and a more expensive transaction fee than the agreed one.

How is a bank overdraft paid?

Fortunately, paying off a bank overdraft is quick and easy. Sign in to your online banking to find out the total amount of your account’s negative balance. Now, make a direct transfer or deposit to that account for the amount due or, if you prefer, a little more. The bank will automatically collect the debt and leave your balance positive.

Bank overdrafts, like any financial operation, have associated advantages and disadvantages. Do you want to know what they are?

Despite their cost, bank overdrafts aren’t always as bad as they seem. In fact, they can have several benefits for you:

There are several downsides to overdrawing your bank account, but they can all be boiled down to this: If you don’t realize it, you could be in trouble. Remember that some banks charge daily fees, in addition to a fairly high interest rate. Without meaning to, you could end up with a considerable debt and, if you do not pay it, your credit score will suffer (which is just what you wanted to avoid).

How to avoid a bank overdraft?

As you can see, bank overdrafts can be quite expensive and not keeping up with your finances could have devastating effects on your credit score. But nevertheless, there are always ways to prevent the bank from authorizing an overdraft in your name. How?